A Caliber Grouping System has been added to ArmoryBook.

To make the explanation below easier to follow, an explanation on how caliber assignment is currently utilized in ArmoryBook is required. Currently each gun is assigned a caliber, this caliber is used to limit the Ammo Shot list in the Range Information screen. Only ammo of the assigned caliber is listed. This is done to make the list shorter and more manageable. A side effect is that guns that can shoot multiple calibers do not have access to any calibers other then what was originally assigned.

The new Caliber Grouping System allows multiple ammo calibers to be included as available ammo when entering range information. For example, allowing .223 and 5.56 ammo to be listed for a gun an AR group can be created. All calibers added to a caliber group will be available for any gun with a caliber in that group. The system comes with NO pre-configured caliber groups. Caliber groups are configured from the Caliber Groups option under the main menu gear icon.

To add a caliber group simple hit the icon and enter a descriptive name for your new group, next place a check next to all caliber that you want associated with this group. Keep in mind that YOU are determining the caliber groups and are responsible for selecting the proper ammo for each gun. 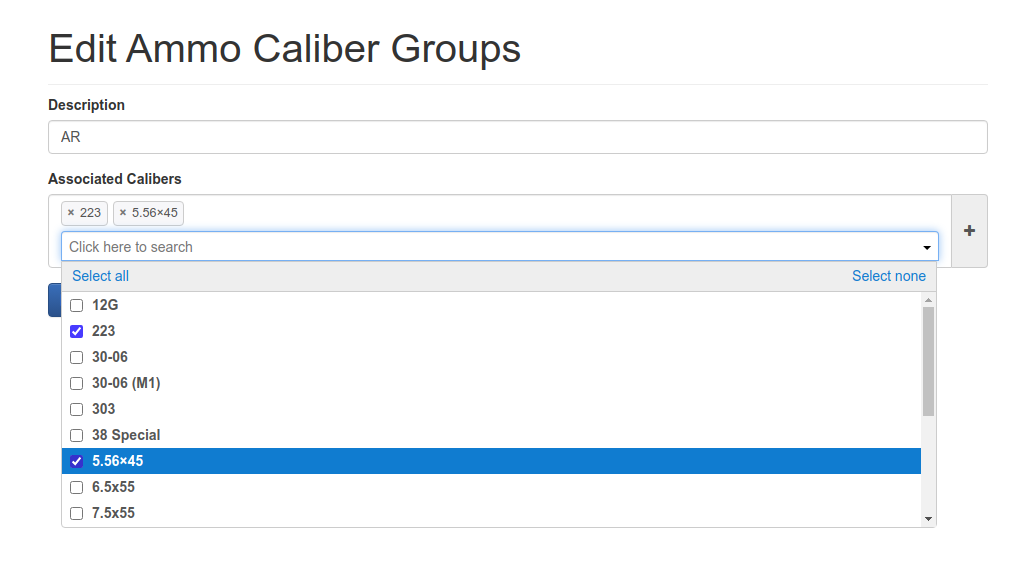 Looking at the image below you can see that both .223 and 5.56 ammo is available in the Ammo Shot options. 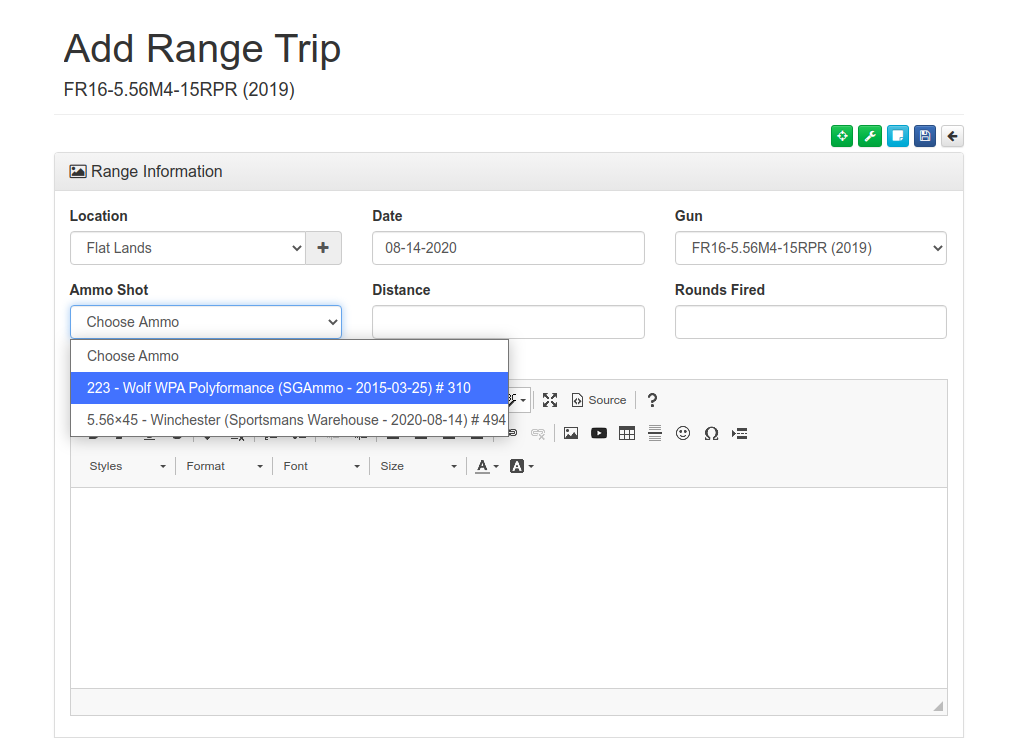 This entry was posted by in category Software on Wednesday, 02 September 2020 16:00 in blog New Features subscribe
Rating 0 0.
Bookmark

All demo content or images are the copyright of ArmoryBook, or their respective rights holders, and cannot be used without prior permission.

This email address is being protected from spambots. You need JavaScript enabled to view it.